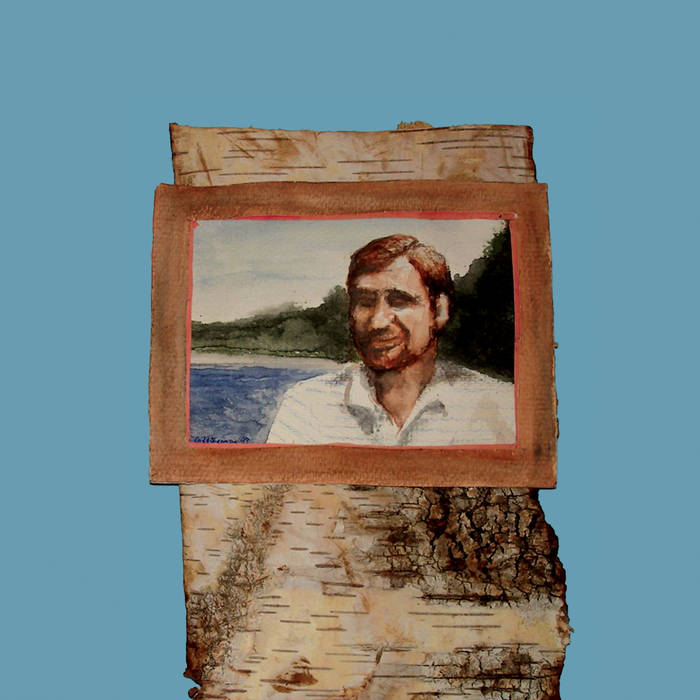 This is a remastered full-length version of the original composition, before it was edited down to the CD version that was published on April 11, 2006.

Please feel free to stream it here (HEADPHONES STRONGLY ENCOURAGED !!!), but this composition contains a very wide spectrum of dynamic range. The whole point of remastering this piece was to present the original composition in its full length. The sonic presentation of this piece suffers greatly from MP3 compression and the limitations of internet bandwidth. In addition, it is my hope that you will download The Pilgrim in a high resolution format and that you will listen to it in your favorite listening environment with your best playback system.

Here are some writings about the original release:

> "Absolutely beautiful brand LP/CD set from Lescalleet, a US tape/loop/noise artist with a very personal sound-bent and a recent collaborator with Nmperign. However, all of his already-great work pretty much pales in the face of this harrowing, at points almost disturbingly voyeuristic and emotionally bruising set. Dedicated to the memory of his late father, The Pilgrim contains music made up from the aspects of previous Lescalleet work that most moved his dad as outlined by a letter reproduced on the inside of the glossy gatefold sleeve and moves from Basinski-style minimalism through creepy, nocturnal, barely-sounding breaths and drones that sound like something from the early Nurse With Wound catalogue. On one side of the 12" picture disc is a recording of Jason at his father's side during the last moments of his life, a microphone in his pocket catching their last sad, awkward exchange of words, his father almost inaudibly weak. Have to admit that I found this side particularly difficult going, with his father's words sunk deep in a dream of hiss. Indeed, I can't think of another record that goes this far beyond any notion of entertainment in favour of the personal preservation of life-force and spirit and the process of working through melancholy memory. On the other side of the LP is a live recording from just after Jason received the news of his father's terminal cancer, playing music with aspects of his father's letter in mind, all low, transporting car engine drones. On the CD, we get a further long/exaggerated version of the parts of Jason's music that his father singled out that moves from hallucinatory reminiscence all the way through rage and into some kind of acceptance. It's an intensely personal project, right from the beautiful picture disc with a photograph of his dad through the full-colour deep blue of perfect lost purity on the gatefold sleeve and the full-colour oversize CD/book package with pictures and notes, all wrapped in a glossy gatefold sleeve (by the way, don't slit the gatefold sleeve to get the CD holder out of the package, simply reach through from the open LP side and remove it). Privately-pressed by Jason himself, the whole set is highly recommended and some kind of high watermark for extremely personal sonic exegesis, though certainly not for the faint of heart." - David Keenan, Volcanic Tongue


> “The Pilgrim” has been an on-going project of Jason’s since his father’s passing in 2005; that it has come to fruition as such a lavish edition (a full-color gatefold LP sleeve housing a full-color picture disc lp and... nestled deep within the “sealed” pocket of said gatefold, a full color 7” x 10” 8-page booklet with a 74-minute compact disc tucked inside) says everything about Jason’s drive to celebrate his father’s life.
Starting with his performance at the intransitive festival of electronic music (side 1 of the lp), Jason began constructing a series of pieces based around his father’s interpretation of the Hudak/Lescalleet “figure 2” release as corrupted wind chimes and/or the sounds emanating from the floor of a ‘32 Chevy... And in fact the latter sentiment captures the essence of this piece; low-end rumble made “rickety” by the combination of its tape-wow/flutter origins & the faint crackle of the LP-surface.
The next piece (side 2 of the LP) is an un-airbrushed field-recording of Jason’s final exchange with his father, then lying on his death bed. Given the context on first listen I could barely get through it (too much resonance with my own unchecked emotions on the loss of my mother a few years back) but on subsequent listens i can now appreciate it as one of the most intense listening experiences I’ve ever encountered, rendering many “audio documentary” style recordings powerless in comparison.
Finally, the cd contains a single extended-length piece of immaculate low-end clusters and ripples; starting with the aforementioned corrupted wind chimes and continuing on a flowing, linear path through a frenzied climax of pure rage - before we’re again in the hospital, listening to Jason’s daughter Audrey singing “Molly Malone” over the faint backing of muted bells. Just glorious.
Where the live recording is all about re-capturing a hazy, time-worn memory (Jason and/or his father as children), the piece on the CD is crystal-clear, assembled with the benefits of modern sound-assembling apparatus and a remarkably keen sense of frequency-relationships (Jason and/or his father as adults) - when i first played this piece (at a more-than-fair clip) every single un-bolted appliance in my house was vibrating in resonance...
This set, in my mind, is the crowning achievement of Jason’s musical life-on-earth thusfar; he’s managed to channel the infinite sadness of his father’s passing into a grand statement that’s both intensely personal and penultimately triumphant." - Keith Fullerton Whitman, Mimaroglu Music Sales

I started this project as a memorial to my father.
I ended up thinking about my brother and myself.
...and Greg Kelley, Bhob Rainey, Andrew B. Schontag, Giancarlo Toniutti, Vic Rawlings, Joe Colley, Howie Stelzer, Dustin and Audrey...

Special thanks to Mike Shiflet and Erik Hoffman,
and much love to Todd Deal for his watercolor painting of Harrison Lescalleet.