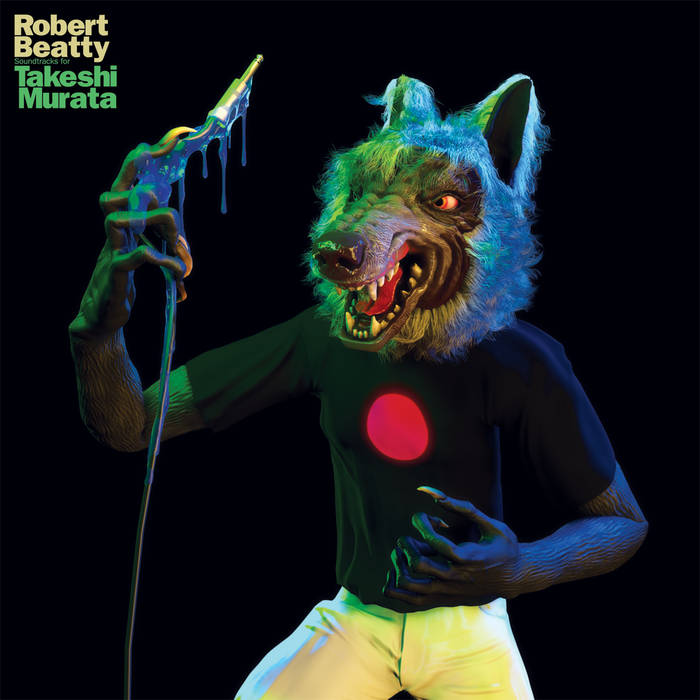 Weird Ear Records The pitting of the almost vocal sounding glissando-tone against the (c)rumble in the background on this first track cinched the purchase of the LP for me, completely unlike Hair Police, looking forward to hearing Mr Beatty's solo voice developing in this new direction! Favorite track: Cone Eater.

GLISTENING EXAMPLES is proud to announce “Soundtracks for Takeshi Murata” (GLEX-1302), the debut LP/CD of Kentucky-based electronic musician Robert Beatty under his given name. Beatty has long been a presence in the experimental underground as a member of Hair Police and more recently performing and recording solo under his Three Legged Race moniker. He is also well known for his visual art, which encompasses installation, drawing, video, and album artwork design for countless artists including Oneohtrix Point Never, Real Estate, Vybz Kartel, and Peaking Lights.

“Soundtracks for Takeshi Murata” collects Beatty's compositions for digital video glitch pioneer Takeshi Murata, produced between 2004-2007. Beatty's collaborative relationship with Murata has spawned some of his strongest work to date, and Glistening Examples is honored to present this music to the public for the the first time outside of screenings, museums, and galleries. Beatty has performed alongside Murata's work in New York, Chicago, Pittsburgh, and Beijing, where he performed several shows, including at the Ullens Center for Contemporary Art during the 2008 exhibition, "Stray Alchemists."

The formative elements of the recent Three Legged Race full length "Persuasive Barrier" (Spectrum Spools, 2013) are apparent in the rubbery pulsations of "Escape Spirit Videoslime" and the ghostly buzzing harmonics of "Untitled (Silver)". Moving between hypnotic minimalism, dense processed atmospheres, and spacious drones, often in the same track, these pieces are the perfect corollary to Murata's fractured and viscous visuals. While the video and audio are linked in the same fluid time space, the soundtracks are presented now as stand-alone works, powerful compositions drawn from the same underlying chaos apparent in Murata's ever-shifting psychedelic environments. This is exciting electronic music that invites the listener to imagine their own videoscapes with or without having viewed Murata's work.

“Soundtracks for Takeshi Murata” is published in an LP edition as well as CD format, with new artwork from Murata, design by Beatty, and digital mastering by Jason Lescalleet at Glistening Labs USA. The LP includes a download code and an 11"x17" poster. The CD includes a bonus track not found on the LP.

This record is released with support from Institute 193, Lexington, KY. www.institute193.org